The Premise Behind RIP

RIAs (Rich Internet Applications) and their HTML/AJAX counterparts provides the ability for developers to offer “rich” user-interface functionality which is not possible with only HTML and standard browser-based Web applications. The result is the RIA approaches the sophisticated look and feel of desktop software. This, along with the benefits associated with Software as a Service (Saas) and Web 2.0 applications, has resulted in growing popularity of this development paradigm. It's really a whole new, emerging computing platform.

Technology giants Adobe and Microsoft are leading the pure RIA charge with their respective Flash (and its Flex development technology) and Silverlight technologies, followed closely by a global cadre of developers, independently and in standards bodies, enhancing HTML and adding AJAX (Asynchronous Javascript and XML) to create such apps without the need to embed proprietary software.

With the focus inarguably on the computer screen, and on multi-media applications (think YouTube), little priority has been given by developers to generating professional hard copy output. At this writing, there is no ability to print application-controlled, formatted content contained in RIAs anywhere but from the desktop computer, and generally only to a simple network-connect output device.

The challenge is that all three of the aforementioned technologies can print to a "local" printer in a rudimentary way, with basic controls, but cannot print with any sophistication from a server. As these technologies gain in popularity, they will contain large volumes of the world’s information, much of it suitable and desirable for print output. As individuals and employees in corporations inevitably adopt “Web 2.0 technologies” to replace applications that are today done with desktop software, solutions must be created to enable Rich Internet Printing (RIP).

The opportunity is to allow the developer of an internet application, whether they are using HTML/AJAX, Flash or Silverlight, to print in a graphically rich way, based on standards, from/to the “cloud”. One solution would be to create a new kind of “print driver,” that uses a standardized way to model the print stream, taking advantage of the richness of the platform it is installed on, but directing the stream out of the app/platform.

Bottom line, we think it should be easy to print, either locally or to a Print Service Provider, from within web applications. Printing to the cloud is a necessary part of the success of the new platform.
Posted by Chuck Gehman at 8:46 AM No comments:

Late last year, Mimeo founder and CTO David Uyttendaele and I began a project to explore the newest and best ways to print from emerging web technologies. The concept we began with is that there is a lot of content suitable for professional printing that is natively generated in web 2.0 (as opposed to coming from desktop applications software). This is user generated content, and it's going to continue to be an incredibly important part of the publishing and printing world.

We learned a tremendous amount, some of which we presented in a paper at delivered at the Technical Association of the Graphic Arts Annual Technical Conference in New Orleans in March 2009. Even as we were finishing the paper, we continued to find new, important and useful information. As we've shared the paper with colleagues and friends, we've learned even more.

That brings us to the Rich Internet Printing blog, which we've built to share and discuss this important and fascinating topic.

Posted by Chuck Gehman at 4:29 AM No comments: 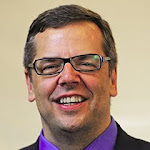